It was year 2008. We were living together with my boyfriend since more than a year, we moved to a different country, I met his whole family…. It was a good time to change his wardrobe completely. He had this geeky style from the eighties. What is even worse, he was attached to everything and was not eager to throw away things (maybe because of his dislike to changes he survived with his girlfriend 10 years and decided to marry her despite her craziness 🙂 )

I started throwing away his old t-shirts gradually so he does not realize it. But a lie has no legs… One day I saw him looking for something everywhere at home and then he shouted in panic:

“KASIA!! Where is my t-shirt with Einstein? It was my favorite and I cannot find it!!”

“I have no idea, I only threw away some old, dingy white T-shirt.” I answered relieved. If there was any image on it, especially of this famous scientist, I would have remembered.

“WHAAAAAAT! THAT WAS THIS T-SHIRT!! My white t-shirt with a faded image of Einstein that you cannot see anymore. But that was my favorite Einstein T-shirt. HOW COULD YOU???” said Eryk even more hysterically.

It took me 10 years but here it is… A brand new t-shirt with Einstein for my husband on the 10th anniversary of this traumatic incident. I bought it in blue on purpose so if it starts being worn-off, I remember not to throw away any t-shirt in this color 🙂

How about your favorite clothes? Were they thrown away by your wives/husbands? Let us know 🙂 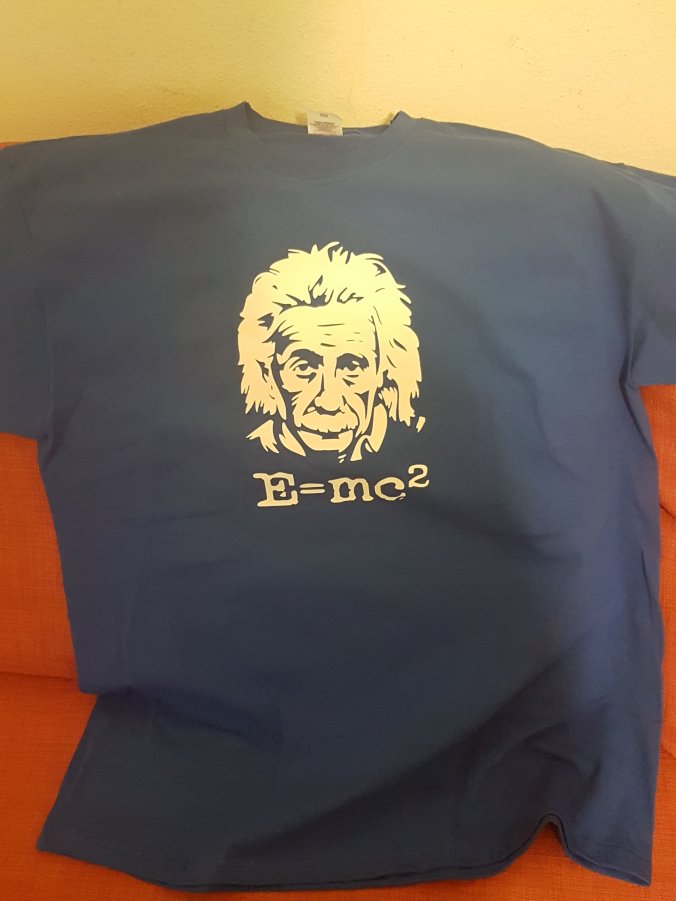